What are the essential ingredients for The Perfect Panto?

Who can honestly say what the perfect panto is? One person’s perfect panto might be a professional show in a large theatre, with a star-studded line-up and big production values.

Whereas for others, the perfect panto might be one performed on a shoestring budget in a small village hall starring enthusiastic local people.

But in terms of the essential ingredients for a good traditional panto, the following is a must. Firstly, it must have a simple plot with a beginning a middle and an end.

Too many professional productions employing ‘star’ names, bend this rule to get in as many references to the stars ‘real’ job. This will amuse the adults in the audience more so than the children and underestimates a child’s potential to follow a storyline. 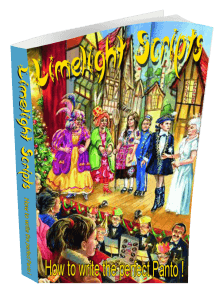 There should almost always be a love interest, corny as it might seem. But this should be brought up to date so that the female character doesn’t come across as submissive and feeble, but rather they should be confident feisty and modern.

Believable goodies and baddies to boo and cheer is another must. Make sure to include plenty of up-tempo musical numbers and an audience participation song, sometimes known as the ‘community’ song. As for a slapstick scene – any show omits this tradition at their peril.

To sum it up. Simple good versus evil stories, a love interest, bright scenery, outrageous costumes, visual comedy, singing and dancing and plenty of audience participation. Panto writers in particular, should stick to the simple rule. ‘If it’s not funny or doesn’t help with the plot…cut it’.

What are the most popular pantomime stories? 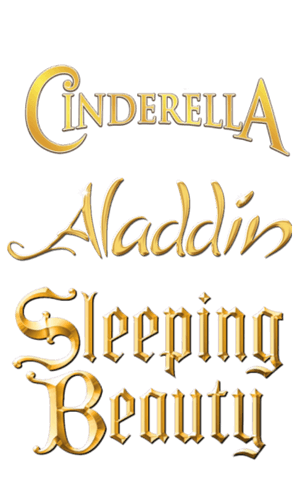 Pantomime stories are like any other form of entertainment; in that they wax and wane in popularity. For instance, go back a few decades and the most popular pantos were titles such as The Babes In The Wood, Mother Goose, Goody Two Shoes, Sleeping Beauty, Ali Baba and Robinson Crusoe.

Nowadays the top titles in no particular order are Cinderella, Aladdin, Snow White, Dick Whittington, Jack And The Beanstalk and Peter Pan.

These are the titles that most professional productions tend to stick to at the present. Amateur companies on the other hand, are happy to look for something that little bit different, such as The Wizard Of Oz, King Arthur, Rapunzel, Treasure Island and Alice In Wonderland.

But as previously mentioned, popularity rises and falls and we now see titles like The Babes In The Wood, Mother Goose and Robinson Crusoe (albeit with a nod to ‘Pirates Of The Caribbean’) making a comeback.

What do today’s audiences want from a pantomime script?

Everybody has their own idea of what a panto should be. What would have entertained audiences ten years ago, might seem a bit outdated to today’s audiences; especially the younger members. But the older members will still want to see something familiar that they can identify with. Happily, whilst all other forms of entertainment seems to have a limited lifespan; panto with its many timeless traditions, has continued to remain popular by transforming itself over the years and that is its enduring strength. Forever evolving and changing, panto keeps finding new ways to engage a modern audience, whilst still embracing the traditions that we all know and love.

So, what do modern audiences really want? Judging by Limelight Scripts customers, they are asking for something modern, yet traditional. On the face of it, two contradictory things. But what they’re actually asking for, is traditional pantomime brought bang-up-to-date. And modern panto titles, steeped in the well-loved traditions of British Pantomime. When it comes to modern panto titles, the amateur world is far more adventurous than their professional counterparts. This is almost certainly down to the fact that most amateur groups have a loyal core audience, mostly made up of friends and family of those on stage. They don’t mind occasionally being presented with ‘Snow White and the Seven Aliens’ just so long as the following production is a traditional title like ‘Cinderella’ and not ‘Cinderella and the Space Pirates’. Professional companies however, don’t have the luxury of taking a gamble on a completely new panto title, as the commercial risk is just too high. So they will generally stick to the most popular titles such as ‘Aladdin’ and ‘Cinderella’ and staff them with one or two celebrities to help guarantee bums on seats.

Even amateur companies are beginning to realise that people are starting to get bored with the tired old mechanism for generating audience response, such as “whenever I come on, I’ll shout ‘Hiya kids! and you all shout back “Hiya Buttons!” or whatever. Children especially; having been brought up on Shrek, Tangled and Toy Story, demand something funnier; and why shouldn’t they? Of course there is nothing wrong in using the tried-and-tested, albeit well-worn lines. But panto script writers have to start giving actors who have to elicit audience response, something to say that is actually funny and not just pretend funny.

Writing a pantomime for today’s audiences

As a writer, I know that I must always strive to keep true to the wonderful traditions of pantomime. And yet at the same time, write stuff that will appeal across the generations. Which is why even our non-traditional panto scripts like Panto on the Prairie, Frankenstein and Little Panto Of Horrors are written and structured in the traditional style, and incorporate all the well-loved comedy routines and slapstick that you would expect from Aladdin or Jack And The Beanstalk.

Believe it or not, making people laugh is much harder than you might think. Even though panto audiences come along primed and ready to laugh at old jokes and simple slapstick, no audience should ever be taken for granted.

Although panto should be performed with pace, that doesn’t mean frenzied unfocussed energy. But rather high-octane controlled energy, which will hold the attention of the adults and keep the children on the edge of their seats. 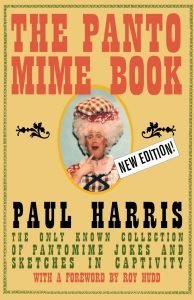 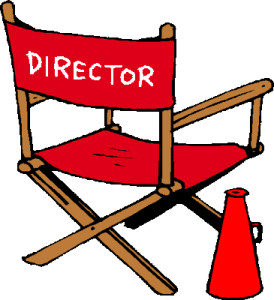 Directing panto can be a bit of a rollercoaster of a ride, that you might sometimes wish you’d never embarked on. Don’t expect too much too soon. Be satisfied with incremental gains and praise your actors whenever they deliver. But remember, everyone will tend to go back to their comfort zones, so be prepared to keep on giving the same actors the same talks, over and over again.

And don’t worry, it’s not just you. All directors have to do this, whether they are directing a small group of amateurs in a village hall or a huge troupe of professionals at Carnegie Hall.

When it comes to comedy set pieces, the impact relies totally on audiences looking in the right place at the right time. But how do we achieve this, without having someone hold up a large board with an arrow pointing in the desired direction?

When it comes to physical comedy, make sure the other actors to look in the direction you want the audience to look. With verbal comedy, it’s important to ensure that the energy at the end of a character’s line is focused in the direction of the intended recipient.

As director, ask yourself which bit of the action the audience’s attention needs to be drawn to at each precise moment and direct your actors accordingly. Staged comedy requires total control, especially if it is to appear as uncontrolled chaos.

Make sure your actors act in such a way, that it helps the audience follow the action more easily, thus making everything much funnier.

As actors become more and more familiar with the script, they sometimes forget the need to listen and begin to drift. Actors taking part in a comedy scene, will get the overwhelming urge to ‘act funny’ and this is the last thing you want them to do. This might seem a strange thing to say, but bear with me.

Not content with delivering funny lines and participating in slapstick. Some actors might feel the need to start leering, pulling faces and using funny voices. But unless the script specifically calls for it, this well-meaning but misplaced urge must be nipped in the bud.

People who mess scenes up by taking a slapdash attitude, can quickly make what should be a truly enjoyable experience, into a tetchy and irritating one. Impress upon them that they should play their characters as a heightened and selective version of themselves. Complete with makeup, wigs and silly costumes.

The job of a director is to keep the actors focused on entertaining the audience and not themselves. This will make rehearsals much more pleasurable and the end product much funnier.