Is your panto audience declining?

Nobody likes to see their audiences fall and groups can sometimes be at a loss to explain why it’s happening. If your panto group has experienced a recent downturn in audience figures, don’t panic. There are certain things you can do that might help to arrest the decline, and hopefully attract more audience members.

Audiences will always fluctuate, whether it be at sporting events, music concerts, theatre, cinema, or even watching television programmes. And pantomime audiences are no different. The reasons behind it could be things outside of your control, such as how well people are doing financially. Even though amateur theatre is fantastic value for money, things can get extremely tight for some people.

If your group is experiencing a downturn in ticket sales, you must first try and analyse why that might be. And more importantly, what can be done to rectify it. The following insights are based on personal experience working with a large pantomime group in Sheffield. 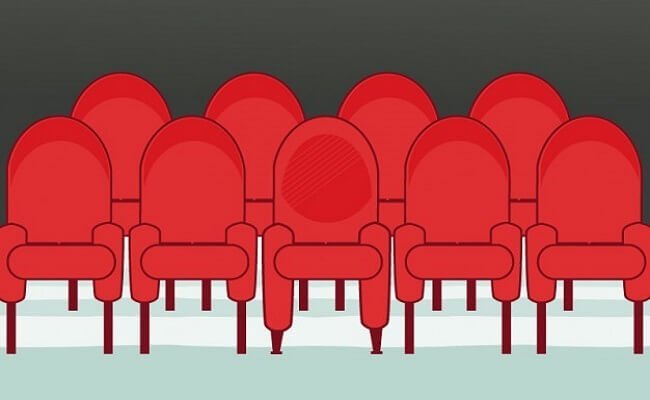 Most amateur pantomime groups will have a loyal core audience, but they must never be taken for granted. Instead, they must be cherished, constantly praised, and encouraged to come back year after year. Never become complacent and take your audience for granted and expect them to put up with sub-standard scripts. A poorly performed show with a shabbily dressed cast and terrible scenery.

Amateur theatre is very local-based, and sometimes even small changes can affect crowds either adversely or positively. Many amateur groups are flourishing, whilst others are diminishing. The aforementioned panto group in Sheffield, saw their audience drop from three around hundred to under one hundred per show.

Audience feedback suggested they were tired of watching the same cast playing similar roles, in the same way every year. Now we must emphasise that it had nothing to bad acting, as they had a very capable cast. It’s just that if you played a baddie one year, you would play a baddie the following year. The same applied to comic roles, also principal girl, and principal boy roles. Everybody had become comfortable in their roles and performed them exactly the same every year. This was an easy ride for the producer as they knew they could rely on decent performances. However, it had become a bit stale and predictable for the audience.

Now we realise that not all groups are lucky enough to have a large cast. But even with a small cast, try and freshen things up, by giving them different characters to play. I witnessed a male actor, who played a baddie for many years, and due to necessity, become a wonderful dame. So who knows what gems you might unearth, by rotating roles.

When it comes to amateur panto, audiences are very forgiving. However, nobody likes shuffling awkwardly in their seat, because someone who can’t hold a tune in a bucket is singing. I once overheard an audience member telling a producer, ‘I won’t be returning if you give that girl another song.’
Nobody turns up at an amateur show expecting to hear the singing of a polished professional. Having said that, I have heard some fantastic amateur singers over the years. But neither should they be subjected to amateurish caterwauling. It can also be very unfair on the actor being asked to sing, as they don’t always want to. I’ve seen some asking not to sing because by their own admission they aren’t particularly good but being overruled.

Are your shows family friendly?

I once heard of a large Girl Guide group in Sheffield who stopped going to a local panto, because their leaders thought it had become ‘too adult and rude’. People expect double-entendres and picture postcard humour. But as pantomime publishers and regular panto goers ourselves, you wouldn’t believe some of the stuff we’ve seen. Much of which would be more suited to a Jim Davison style adult panto, than a family audience. When writing our own scripts, we always try and make them family friendly. However, we do recognise that a one-size-fits-all attitude, isn’t always practicable. Therefore, we are happy for any group to tailor our scripts to suit their own needs.

If any large groups such as, Brownies, Scouts or Cubs have been regulars for years, and then suddenly stop coming. Find out from their leaders, if there is a reason why they have stopped coming. If it is merely financial, then perhaps they could be offered group reductions. If you already offer group reductions, then see if they can be made even better. 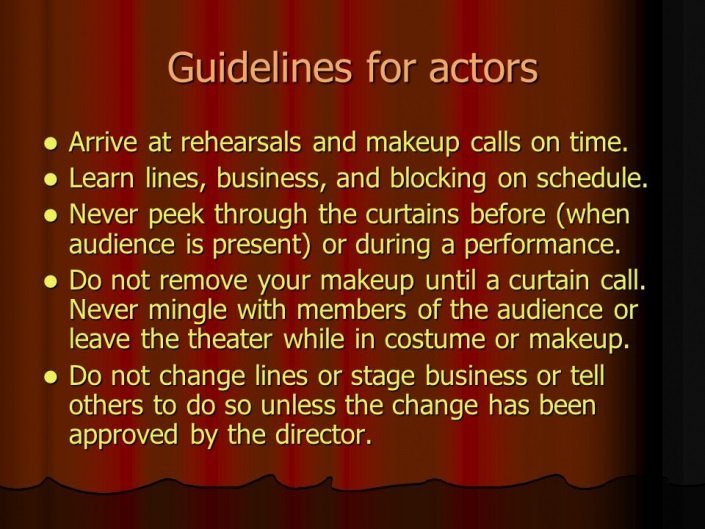 If your group membership is falling, then advertise for new members in local newspapers or radio. Dress a few of your cast up in costume and have them stand outside the local shopping mall, talking to people and handing out leaflets. Hand balloons and free lollipops out to young children and at the same time, try and convince their parents that their kids would love to see them onstage. Even if the initial response to all these methods is disappointing, don’t give up! Our own group advertised for backstage people to help make props and only had one response. But that one response gave us a married couple who turned out to be brilliant prop-makers and one went on to become the stage-manager. And fifteen years later they are still doing the job.

Does your group have a youth section?

Many groups find it difficult to attract young people as members, especially young males. However, some groups are flourishing due to the fact that they have a youth theatre section. This section will usually perform a youth show, which is generally a modern musical. But there are some who put on another panto that is a different to the one being performed by the main group. A youth section will provide members for both the youth section and the main panto, as well as widening the scope for selling tickets.

Now, I accept that if you are a small group located in a small village, then having a youth section might appear fanciful. But most villages in the UK are within a short car journey to more built-up areas, so it might not be as hard as you think. Me and Jackie became members of a large Community Panto, which is located in a village on the outskirts of Sheffield. However, both then and now, only a very few of the members of the pantomime group actually lived in the village itself. We also lived outside the village.

The group didn’t have a youth section, but they did have two large children’s sections within the panto group. The main problem was that everybody only ever met up for the few months it took to rehearse and put on the panto. As soon as the panto had finished, most people didn’t see each other again for another seven or eight months. Jackie then decided to start up a summer variety show, to give everybody something else to do in between panto’s, and to keep the interest (especially of the younger members) going throughout the year.

Auditions for the variety show were open to anybody and were advertised as such. This attracted many people from outside the village, and some even went on to join the pantomime group.

Does your group hold auditions for parts?

Many amateur groups are happy for a producer or a director alone to do all the casting, and if that works for your group, then all power to you.

However, not having auditions can cause problems for some groups and can even mean they lose members and struggle to have enough people to put on a show. As an ex-producer of panto’s, I have every sympathy for whoever has to cast the parts for a show. I know from personal experience that in any group, some people will always believe that a privileged few are getting all the best parts, whilst they and others are being overlooked.

One particular group I know, was blessed with having plenty of eager young members, but because they never got the chance to play even a small speaking role via auditions, most of them left when they reached their teenage years. And it became quite apparent the some of the more experienced actors, seemed more interested in amusing themselves on stage with in-jokes, rather than entertaining the audience.

When I began producing panto shows, we had our three daughters in the show. So to make sure I couldn’t ever be accused of bias, I had an audition panel consisting of myself and two independent people from outside of the group.

Does your group have a social media presence?

However, any social media pages need to be managed well and not left dormant for ages. I have seen some group websites, and Facebook pages where the last post was several years previous. That is probably worse than having no website or Facebook page at all.

Of course, many groups will be doing all the right things and still see a downturn in ticket sales, and we certainly wouldn’t claim to have all the answers. But hopefully we have at least provided some food for thought. 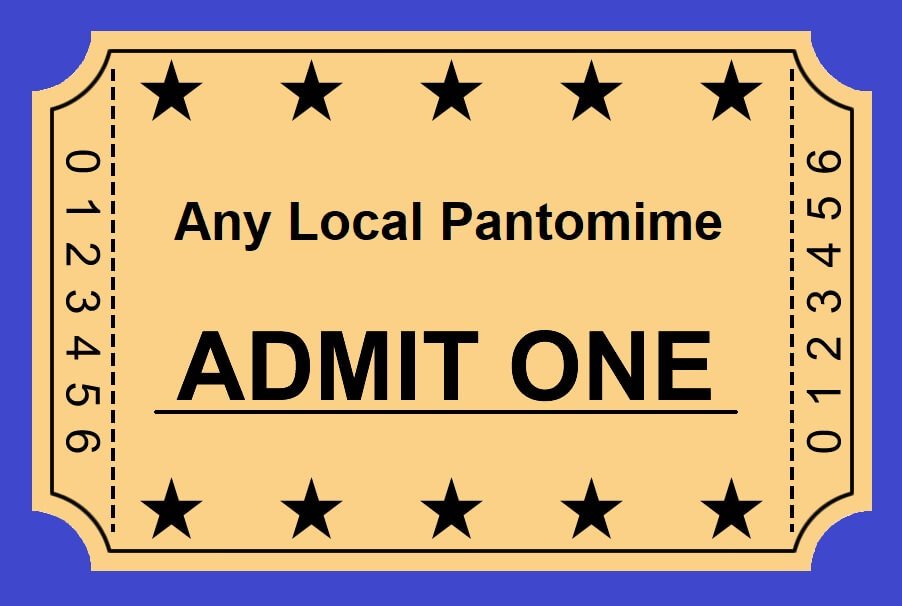 When the time comes to choose a script for your next panto production, please beware of the closet script writing genius that almost every society, large or small, seem to have in their ranks. Okay, so it saves on the script royalties as such – but is this really the best reason for placing your next show in the hands of a complete novice? Would you consider letting your spring show be written or compiled by a wannabe? Would you trust the reputation of your society to the whims of an amateur? Your pantomime audiences are going to pay good money and deserve the same standard of material and performance as a carefully considered spring or autumn show. Pause for a moment and consider the implications, as getting it wrong could cost your group much more in the long run, than they might save in royalties in the short term.

What experience does your script writing genius have? Can the dialogue be made to fit the style of the cast available to you? Can local satire be sensitively interwoven into the storyline without offence or committing slander? E.g. ‘Have you seen my cat recently? No, but I did think Mr Bull the Butcher’s chipolatas had a distinct taste of pussy!’ (a genuine line from a home-made panto!)

Most first-timers ‘new scripts’ can only be judged by audience reaction, and that is taking a big chance on the unknown. Almost certainly it will be too long with protracted plots and lack of continuity. It is a fact that audiences are influenced by the last show and need to be treated with respect. A poor production can damage a group’s hard-won reputation that could take years to repair.

Of course, it is just possible that the amateur writer in your midst may have come up with a real masterpiece. But the chances are, they haven’t. Remember, it is always easier to adapt a tried and tested script from a reliable source to suit your group’s needs, rather than using an amalgam of ‘bits’ from pantos performed over the years. Old jokes and routines are fine in their place, but originality is key to a truly successful show.