A guide to using copyrighted music in amateur panto

First and foremost, make sure that your venue holds a valid PRS and PPL licence.

The Performing Rights Society (PRS) and the Phonographic Performance Limited (PPL) are separate organisations who licence different sets of rights. You to use certain types of music .

PRS for Music is a society of songwriters, composers and music publishers. They control the issuing of licences for the use of their members’ musical compositions and lyrics played in public. Broadcast on radio or TV and used on the internet or copied onto physical products such as CDs or DVDs.

PPL licences the use of recorded music when played in public. Broadcast on radio or TV, or used on the internet. On behalf of record companies and performers.

PRS for Music has a repertoire of over 10 million songs, which covers every genre of music. So if you’re using music, it’s highly likely to be music from within their repertoire. This repertoire also includes popular music, classical music and film and TV media songwriters.

A licence from PRS for Music covers the vast majority of copyright music being played. However, there is some music which is not covered by your PRS for Music licence. 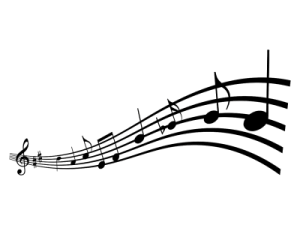 Is there any music which PRS for Music does not control and licence?

Yes. In the context of productions, PRS for Music does not control:

(b) Performances of ballet, whether the music has been specially composed for the ballet or not. If it is accompanied by a visual representation of ballet (there are ballet dancers or even puppets present). Permission must be sought from the copyright owner (often a music publisher) before copyright works outside PRS for Music’s control can lawfully be performed. It’s essential that you obtain such permission before beginning rehearsals, especially in the case of popular musical plays (‘musicals’).

When a cantata-musical is sung in concert as a cantata (without any staged elements), then PRS for Music normally controls the licences. However, when a cantata-musical is dramatised as a musical (staged with elements such as acting, costumes, etc), it may well be that a special arrangement has been made, whereby we have handed back the performing right to the copyright owner (normally the music publisher), in which case a licence will be required from that copyright owner. Please read any notice on this point printed in the vocal score, libretto, or other edition of the work. If in any doubt, contact the publisher and ask if a PRS licence covers their work before any rehearsals take place.

Where musical items or excerpts do not exceed 25 minutes, do not constitute a ‘potted version’ or a complete act, the non-dramatic (concert) performance of copyright music from operas, musical plays and the like is controlled by PRS for Music.

There are two forms of rights associated with dramatic presentations. Grand rights and small rights. Grand rights refer to dramatico-musical works and ballet, of which live performance rights are not controlled by PRS for Music. Small rights, refers to music not specially written for a dramatic presentation and this is controlled by PRS for Music.

A dramatic presentation is a production on the live stage having a story and characters. This type of event is treated differently to any other music event. PRS for Music do not licence grand rights but they do licence small rights.

Dramatico-musical work is an opera, musical play, revue or pantomime for which the music has been specially written. The most obvious examples are stage musicals such as Phantom of the Opera, Wicked or West Side Story. Cinematic musicals, such as Disney’s The Lion King or Mary Poppins, are classed as dramatico-musical works when adapted for the stage.

By extension, individual works specially written for plays and other dramatic presentations. For instance, a production on the live stage, having a story, characters, etc; such as a play or compilation shows. These aren’t classed as dramatico-musical works, and are not controlled or licenced by PRS for Music. When performed in or in conjunction with the dramatic work.

However, the performance of individual songs from dramatico-musical works is controlled by PRS for Music under certain circumstances. Please see the following.

What is the legal position when using excerpts or songs from a show?

You may perform “Songs from the Shows” without permission under certain conditions, and performing rights in such cases will be payable to the PRS, from which the hall or theatre will usually have a licence.

PRS for Music licences the non-dramatic use of up to 25 minutes duration of material from any one show in the same programme. As long as the use does not constitute a condensed version, nor covers an entire act, of the parent show.

The non-dramatic performance of a medley of works from a single dramatico-musical work is therefore permitted under PRS for Music’s licence where it falls within these thresholds.

Performing an individual song from a show.

The performance of an individual song from a dramatico-musical work is considered dramatic when given in a manner visually suggestive of the parent show. This may be effected by, for example, but not limited to, the use of costume, characterisation, choreography, prop, scenic effect, etc. singularly or in combination, e.g. a performer wearing a mask and performing a song from Phantom of the Opera.

Catalogues not controlled by PRS for Music for certain types of performance:

The dramatic use of the ABBA catalogue. (not to be confused with non-dramatic use as generally is the case in pantomime shows).

A rule of thumb for amateur societies

You can use just about any music you wish for your shows. So long as your venue holds a valid PRS and/or a PPL licence, it will almost certainly be covered. However, one exception is songs from the musical Grease, which are not covered by a PRS or PPL licence. If you wish to use any of these songs, you must first obtain permission from Warner/Chappell.

The general advice is not to use any Disney music in your show. But that doesn’t mean you can’t. If you really wish to use Disney music, then you will need to get permission from DML (Disney Music Licensing). The costs for using individual songs may not be as prohibitive as you might imagine, so why not go ahead and ask.

If using Abba songs or music, do not use them in a dramatic form. Meaning, anything that evokes scenes or images of the stage show or the film, ‘Mamma Mia’.

PRS for Music regards the use in pantomimes of pre-existing musical works within its repertoire as being covered under its ‘blanket’ licence.

However, PRS for Music does not control the use of excerpts from dramatico-musical works such as musical plays, etc. If excerpts are presented in a manner which, by dramatic action, costume, scenery or other visual effects, portrays the writers’ original conception of the work from which it is taken. Such ‘dramatic excerpts’ require authorisation direct from the copyright owner (usually a music publisher or other company).

Although pantomime contains a dramatic story. It is an exception to the general rule and is automatically licensed, if your venue has a valid PRS licence.

Can we use songs from Disney films in our pantomime?

The story ‘Aladdin’ (like most pantomime stories) is a traditional story that’s not copyrighted, so anyone can write their own version based on the original story. However, the characters, traits, costumes, names and visual sequences you see in Disney’s Aladdin. Or any of their other films based on traditional stories and characters. These belong to Disney and cannot be used without their permission. Broadly speaking, no Disney songs are covered by the blanket PRS arrangements. There are exceptions, but as a general rule you should assume that they’re not.

What would happen if we were to alter dialogue or music without permission?

Your show risks being cancelled and you will have no redress for any losses you incur.

Some rightsholders (particularly regarding pantomimes) may give you permission to make minor alterations to their work. But unless this is stated on their website or specified in any of their literature. Then you should always obtain their written consent beforehand.

Parodies are comedic imitations of someone else’s work, such as the humorous use of an existing song or a play. Including writing which changes the words to give farcical and ironic meaning. Parody has long been a viable part of entertainment. And it allows for comment, criticism, and humour of an existing work. Special laws have been upheld to allow artists to freely perform parody to its fullest to avoid copyright issues. However, royalties might still be payable to the original author.

When producing parodies, it’s acceptable to use bits of the original work to enhance the comedic nature of your creation. This includes music and other identifying elements. A parody, by definition, must hold the original up to ridicule. You must reflect on the original in your parody. When you do this, you can go so far as to use clips from the original song in your own. This may include original background music, voices or anything else. Parody doesn’t violate copyright law, as long as it doesn’t seek to damage or harm the reputation of the original. Or try to pose as the original.

Fair use in parody

Unlike other forms of fair use, a fairly extensive use of the original copyrighted work is permitted in a parody. And may be used in order to conjure up the original.

The European Copyright Directive effective of 1st October 2014 allows the parodying of any copyrighted material. So long as it is fair and does not compete with the original version. On 1st October 2014, the UK Government introduced new exceptions to the copyright law. Which now allows individuals to use copyright material for the purpose of ‘parody, caricature and pastiche. Without having to obtain permission from the original author.

This guide has been put together using information collected from various internet sources, including from relevant bodies. It is not intended to be a complete guide to the law of copyright.

If in any doubt whatsoever, amateur societies should always seek appropriate advice from the rightsholders.